DAY 16 OF ANNOUNCING! Table of Contents for: POP THE CLUTCH: THRILLING TALES OF ROCKABILLY, MONSTERS, AND HOT ROD HORROR 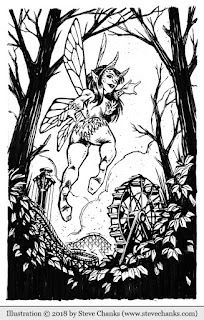 . . . We were down at the drive-in when I saw this girl, and something inside me melted. The girl wore a white collared shirt, clearly borrowed from her dad, and rolled-up jeans. Her hair was flapper short, like Amelia Earhart. She looked to be about my age, as far as I could tell in the flickering light from the movie screen and the street lights. She was the most wonderful thing I’d ever seen. I burned with shame. Girls weren’t supposed to have those feelings for other girls.
She saw me looking at her, and I guess she wasn’t mad because she smiled at me. We had something in common, anyway, which was that we weren’t in our cars with our families watching the movie. She was by herself on the sidewalk, singing “Duck and cover, duck and cover,” only she was grinning like it was the biggest joke ever. “Kneel and kiss your ass goodbye,” she sang, and I wanted to laugh out loud. I’d seen that video of kids hiding from the atom bomb, and it was so scary. But it was hardly scary at all with this girl singing it.
Because she was looking at me, and because she was by herself, I went up to her . . .
—“The She-Creature” by Amelia Beamer

AMELIA BEAMER is a lifelong reader and writer. When she was a child, she wanted to grow up to be a writer, or maybe a Muppet. Her publications include the queer zombie novel The Loving Dead, as well as short fiction and nonfiction about literature and pop culture.

For over a decade, she’s worked as a book and magazine editor, doing work she loves. These days she focuses mostly on novels by independent writers of SFF/H who want to level up their writing chops and bring their best work to market. For fun she likes to run around on playgrounds with her niece and nephew, and she is a great lava monster. Her nephew says she’s the most fun person ever, except for maybe Jim Henson. Her website: ameliabeamer.com.