“The Next Big Thing” Project: My latest work and three emerging writers you should know about

ACCEPTANCES FOR THE ANTHOLOGY, “AFTER DEATH... ” ANNOUNCED!!

I am thrilled to announce and congratulate the following authors who were accepted into my second anthology project, “After Death... ”!

Andrew S. Williams — Someone to Remember

The theme of this anthology is to imagine what may occur to someone AFTER they have died.
As of my final selection earlier this week, there totaled 364 submissions. There were so many brilliant and well-written ideas that it was agonizing to only be able to select a handful. I wish I could include many more authors, but space was limited. As it is, I grew the project larger than originally planned. Of the afore-mentioned stories, six were by invitation and the remaining selected through open call. The book comes out to about 115,000 words of all new and original fiction!

Every story will be custom illustrated by Audra Phillips, http://www.audraphillips.com

Publication is on schedule for Spring (March/ April) 2013 through Dark Moon Books. http://www.darkmoonbooks.com/homepage.htm

Thank you, again, to all who submitted — I truly enjoyed reading every story.

Email ThisBlogThis!Share to TwitterShare to FacebookShare to Pinterest
Labels: After Death... anthology

GUEST BLOG: “What the Hell is That?” Writing Contemporary Horror Fiction by Mike Robinson 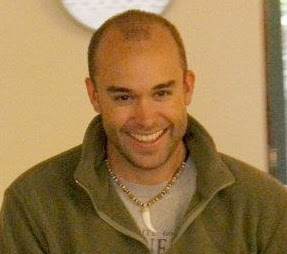 A friend of mine tells the story of when he was ten years old and lying in bed. He was having trouble sleeping, and so tossed and turned well into the deep redeye hour, that time when, regardless of location, the primal country of our ancestors seems most palpable. As he finally started to drift off, he felt a tug on the sheet, then heard a voice (“Gruff,” he explains, “like a grown man”) whisper harshly into his ear, “Scoot over!”

Sleep never came that night and, whether ghostly or imagined, the cold-fingered memory still grips his spine.