DAY 1 OF ANNOUNCING! Table of Contents for: +HORROR LIBRARY+ Volume 7

In “Never Better,” two waitresses begin experimenting with mystical shrooms, both on themselves and on those they serve.

It started with two gobs of spit.
Dee wanted what I wanted, what all wage-slaves want—Justice.
If the customer was always right, that made us always wrong.
“Why not go way wrong?” I’d said.
Dead flies followed, stashed under a scallop in a coquilles Saint-Jacques or rolled into a dessert crepe. Other things came later. We were inventive.
I felt like we were throwing tea in Boston Harbor or Tenskwatawa rallying the tribes. Food sabotage was our reckoning.
Dee called it culinary karma. “Stiffers reap what they sow.” …

Michael Harris Cohen’s work is published or forthcoming in various places including Conjunctions, On Spec, F(r)iction, The Dark magazine, Pseudopod, and numerous anthologies. He’s won several writing contests and is a recipient of a Fulbright grant and fellowships from the Atlantic Center for the Arts, Hawthornden Castle, The Künstlerdorf Schöppingen Foundation, and others. His first book, The Eyes, was published by the once marvelous but now defunct Mixer Publishing. His forthcoming story collection, Effects Vary, will be published by Off Limits Press in 2022. He lives with his wife and daughters in Sofia and teaches creative writing and literature at the American University in Bulgaria. Find him online at Michaelharriscohen.net and @fictionknot. 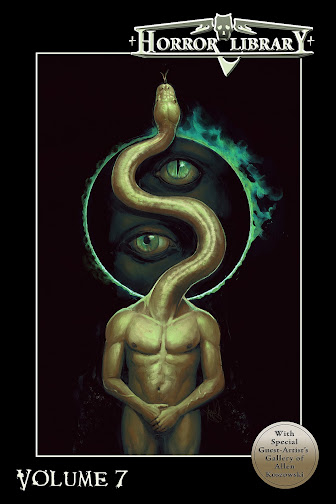