The Sub-Genres of HORROR – PART I

In the great and storied realm of Literature, what constitutes that particular niche known as “Horror”? We seem to recognize it when we see it, but it’s not entirely easy to categorize into one lump genre.

First, by “Horror,” I mean that spirit relating to FICTION, primarily in literature and movies, which is intended, or has the capacity, to frighten or cause a sense of dread or alarm.
See further on this in my blog discussion, “The Horror Genre” here:
http://mensconfidence.com/2013/01/29/the-horror-genre/#more-2442).

Consider Horror like a city, one if which all manner of ominous denizens dwell. It’s a great place to sightsee, but most people may not want to live there. Within this City, there are further divisions—neighborhoods—if you will. Some of the horror neighborhoods are gory and some are psychological and some are geared even toward children. These neighborhoods are the “sub-genres.”

Confused? You’re not alone. Try categorizing your favorite author into one sub-genre. Typically it’s impossible, as writers enjoy challenging themselves and exploring new “neighborhoods.” Even Stephen King, the literal “King of Horror” has written in numerous genres and sub-genres.

So all that is well and good, but with the names of neighborhoods often bandied about, and no road map of how they relate to each other, it is often a perplexing place to visit. I thought I would investigate a bit and attempt to map out the sub-genres of Horror.

By no means is my list inclusive, but here are some of the more common categories you may encounter (in alphabetic order):

Apocalyptic fiction deals with the catastrophic end of civilization, and Post-Apocalyptic fiction deals with its aftermath. Generally both elements may be infused into the same story, as for it to truly be considered “apocalyptic,” the catastrophe must occur, and not simply be a grave threat which is overcome. The catastrophic end may be for any reason relating to scientifically-possible or to supernatural imaginings, such as nuclear war, plague, alien invasion, monsters, celestial judgment, etc.

The Stand by Stephen King
Swan Song by Robert R. McCammon
The Road by Cormac McCarthy

A relatively new subgenre, Bizarro fiction is a contemporary classification, which is not entirely easy to define. It encompasses elements of satire, absurdism, and the grotesque, along with pop-surrealism and genre fiction staples, in order to create subversive works that are as strange and entertaining as possible. Not all Bizarro has horror references, but similar themes may be often found, including those of fear, confusion, monsters, supernatural elements, etc. Bizarro sometimes may be compared to “Weird Fiction,” though Weird Fiction seems to have subtler oddities, and not the brutally outlandish which is found in Bizarro.

Body Horror (AKA: Biological Horror)
Body horror, biological horror, organic horror, or venereal horror are associated names of a genre in which the human body itself is used as the primary device by which the audience is confronted with the horrific. The horror in these stories is principally derived from the graphic destruction or degeneration of the body and can include transformation or mutilation to the body as a way to reflect an innate fear of death or loss of control. Besides mutilation, other ideas may deal with disease, decay, parasitism, or mutation. Another type of body horror includes unnatural movements, or the anatomically incorrect placement of limbs to create 'monsters' out of human body parts.
Book Examples:
The Great and Secret Show by Clive Barker
Who Goes There? by John W. Campbell
A Splendid Chaos by John Shirley

MORE TO COME IN MY NEXT BLOG POST! Stay tuned soon for The Sub-Genres of HORROR – PART II

Thanks to notes on this topic accumulated from the following websites:

Thanks ALSO to this blog’s sponsor: www.grammarly.com

Email ThisBlogThis!Share to TwitterShare to FacebookShare to Pinterest
Labels: Other, Writer's Resources 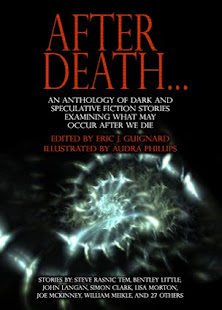 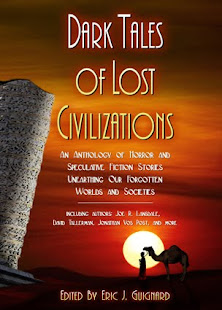 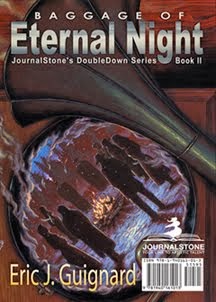