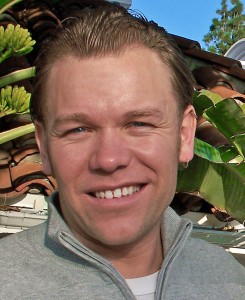 This interview is made by the Horror Writers Association and originally posted 5/3/2015 here: http://horror.org/know-a-nominee-part-11-eric-j-guignard


Welcome back to “Know a Nominee,” the interview series that puts you squarely between the ears of this year’s Bram Stoker Award nominees. Today’s update features Eric J. Grignard, nominated in the category of Superior Achievement in Long Fiction for Dreams of a Little Suicide.


DM: Please describe the genesis for the idea that eventually became the work(s) for which you’ve been nominated. What attracted you most to the project? If nominated in multiple categories, please touch briefly on each.


EG: First, I love writing in historic settings, 1890s to 1950s range stuff. I wanted to do a historic piece in the 30s (to tie in language for a novel I’m working on), and I wanted to experiment with structure, delineating the story into three or four distinct sections. For some reason, the story of Dorothy and the witches just grew strong in my mind, and I started writing about the actors who played munchkins being under the witches’ spells, and attacking guests in Hollywood’s Culver Hotel. But the story evolved into something so much more than that, powerful and beautiful (I daresay), and I deleted all the zombie-monster nonsense, plunging instead into the tragic love story of a shunned suitor, and its impact on his life. Such impact being (spoiler alert), the legend of the Munchkin Suicide. My story, “Dreams of a Little Suicide,” ended up at about 8,150 words and made its way into the Long Fiction category of the Stoker Awards (thank you, dear voters!).


DM: What was the most challenging part of bringing the concept(s) to fruition? The most rewarding aspect of the process?


EG: I wrote the story during mornings and lunch breaks at a cubicle in a financial institution, and that’s a challenge in itself. The tale evolved in several directions, but I enjoyed plumbing the emotional depths of a character who I found relatable (though not the creepy stalking part). Just writing the words, “The End,” and then having it published in my friend, Eric Miller’s anthology, Hell Comes To Hollywood II, were the greatest rewards.


DM: What do you think good horror/dark literature should achieve? How do you feel the work(s) for which you’ve been nominated work fits into (or help give shape to) that ideal?


Good horror/ dark fiction should be cerebral, in that its fears are relatable to people, not just a narrative relying upon tactics of violence or gore. Although even monsters and serial killers are successful if they have emotional depth or there’s some element about them we can empathize with. Nothing in life is clearly “black and white,” and that should be reflected in writing. Bad guys have a little “good” in them, and vice versa. Dark fiction that is most successful relates to some conflict, whether internal or external, that causes the reader to intellectualize. Generally the end result of the story may be one of sorrow, violence, gloom, which is the nature of the genre, though dark fiction can also end on an upbeat or inspirational note; protagonists can overcome dismal scenarios to emerge victorious by closing; it is the conflict itself which is considered “dark.”


DM: I’m curious about your writing and/or editing process. Is there a certain setting or set of circumstances that help to move things along? If you find yourself getting stuck, where and why?


EG: I try to write in the morning after I wake up, the earlier the better. I also, oddly, have a time of greatest focus/ productivity in late afternoon. People’s bodies cycle to rhythmic clocks and mine is set to pound out work at about 4:00 p.m. Of course all that also depends on other work, family, and life obligations. I write technical documentation for my day job, and teach as adjunct U.C. faculty, and have two small children, so it’s easy to let writing take a back seat to everything else, though I force myself to write something creative every day, even if it’s only fifty words or so. Regarding the second part of your question, I also get writer’s block like most people. Sometimes I have to step away from my desk and meditate or focus on one issue. If that doesn’t work, I sleep on it and try again the next day! Reading lots of different books, genres, and styles of writing also helps to keep my thoughts invigorated.


DM: As you probably know, many of our readers are writers and/or editors. What is the most valuable piece of advice you can share?


EG: I don’t have any advice that’s incredibly luminous or outrageous. What I tell others, and what I repeat to myself like a mantra, is simply: Keep writing, and remember that every rejection is an opportunity for improvement!


DM: If you’re attending WHC this year, what are you most looking forward to at this year’s event? If not attending, what do you think is the significance of recognitions like the Bram Stoker Awards?


EG: I’m most looking forward to seeing old friends and making new acquaintances! Networking is very important and so is the sense of camaraderie one develops at conventions. Most writers work in a bubble of solitude, save for social media outreach, and I’m a strong believer in the importance of establishing in-person relationships with peers.


DM: What scares you most? Why? How (if at all) does that figure into your work or the projects you’re attracted to?


EG: My fears are private, psychological worries: Not being a good father, not realizing long-standing dreams, stuff like that. No fears of anything tangible. I suppose my writing often includes tones of angst and loneliness, loss and ineptitude, all culled from personal experiences, none of which are anything abnormal or overly-dramatic.


DM: What are you reading for pleasure lately? Can you point us to new authors or works we ought to know about?


EG: I always read several books simultaneously! At the moment, I’m absorbed with:


Paradise Sky by Joe R. Lansdale
The End of the End of Everything short story collection by Dale Bailey
The Southern Reach Trilogy by Jeff VanderMeer
Grunt Life by Weston Ochse
Charlie Martz and Other Stories: The Unpublished Stories by Elmore Leonard

Eric J. Guignard writes dark and speculative fiction from the outskirts of Los Angeles. His stories and non-fiction are recently published in Nightmare Magazine, Black Static, Shock Totem, and Buzzy Magazine, amongst others. As an editor, Eric’s also published the anthologies, Dark Tales of Lost Civilizations and After Death…, the latter of which won the 2013 Bram Stoker Award. Read his novella, Baggage of Eternal Night (a finalist for the 2014 International Thriller Writers Award), and watch for forthcoming books, including Chestnut ’Bo (TBP 2016). Outside of the glamorous and jet-setting world of indie fiction, Eric’s a technical writer and college professor, and he stumbles home each day to a wife, children, cats, and a terrarium filled with mischievous beetles. Visit Eric at: www.ericjguignard.com, his blog: ericjguignard.blogspot.com, or Twitter: @ericjguignard

Posted by Eric J. Guignard at 9:43 PM No comments: